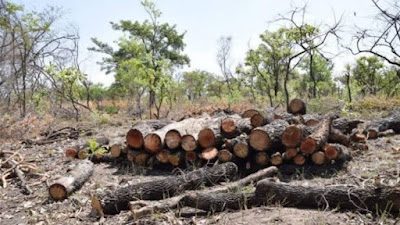 
Soon after the judgement of the Bombay High Court to dismiss the petitions against the proposed asking for over 2,500 and more trees to cut down in Mumbai in the Aarey Colony, the officials nearly cut down 1,500 trees which led to a huge protest against the distortion of trees by the people in the city. Aarey tree felling case SC takes suo moto.

There were very prominent reasons for the protest to be carried out which are as follows: 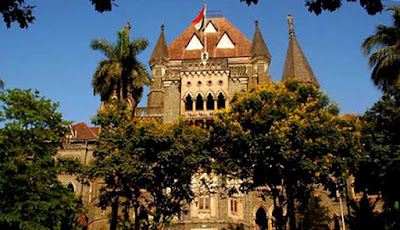 
On 4th October the High Court of Bombay laid down that Aarey will not be declared as forest and in line also refused to put a stay upon the Mumbai Municipal Corporation thereby allowing to continue felling of 2,600 trees for metro construction.

Then it was on Sunday, 6th October when the Supreme Court decided to register the letter posted by the students as PIL which was addressed to Chief Justice of India Ranjan Gogoi for stay on cutting trees by a law student Rishav Ranjan, stating that “As we write this letter to you Mumbai authorities continue to kill the lungs of Mumbai i.e Aarey forest by clearing of trees near Mithi river bank and according to news reports 1,500 trees have already been cleared by authorities.”

“Not only this but our friends are put in jail who were peacefully organising a vigil against acts of the Municipal Corporation of Greater Mumbai (MCGM) with Mumbai Metro Rail Corporation (MMRC) at the site.”29 students were arrested during the protest.

The students requested the apex court to decide the case ignoring the technicalities as there was no time to file a proper appeal in the court. They also alleged that many of the protesting students have been arrested under the IPC unlawfully for the charge of assault on the public servant and preventing him to perform the obligations of his duty. The Mumbai police latter under Criminal Procedural Code imposed section 144 so that any gathering of people could be prevented.

Then a notice was uploaded on the Supreme Court website that there will be an urgent hearing on the Aarey case by the specially constituted bench.

The Solicitor General Tushar Mehta is representing the state of Maharashtra. He argued that he was not aware of the facts and assured the bench that untill the case is decided no further destruction will be there by cutting of trees. The PIL from the petitioner’s side laid down that the Aarey was declared as unclassified forest and also the felling of the trees was illegal by the state government. However, after referring to the notice by the Maharashtra government, it was held by the bench that the Aarey land is neither an eco-sensitive zone nor a developmental zone as it has been claimed by the petitioners.

At the time of hearing the Maharashtra government also laid down that all those who have been arrested during the ambit of protest were all released.  The bench also laid that if anyone is still not released should immediately get released on grounds of a personal bond.

Afterwards, it was on Monday i.e. on 7th October when the apex court prevented the Municipal Corporation from further cutting of trees.

The special bench of Justice Ashok Bhushan and Justice Arun Mishra stated that there are more facts to be considered and looked upon for proper examination of the facts and then announced the next date for case hearing i.e. on 21st October, Monday.


Local public of Mumbai city, college and school students, tribes of affected areas and even the Bollywood actors are of the view that Aarey should and must be protected from cutting down of trees. All hold the view that green spaces in Mumbai are lacking, there is very less access to open a result like parks, clean air, shades etc. If the destruction is continued at the same pace there will be no sustainable future. The deforestation would further have a negative impact on air, land and water pollution damaging the ecosystem.

ALSO READ: NO CONCEPT OF NEGATIVE EQUALITY U/A 14 OF THE CONSTITUTION

Sex After Obtaining Consent By False Promise To Marry Is Rape