Can a 15-year old Muslim girl live with a person of her choice? 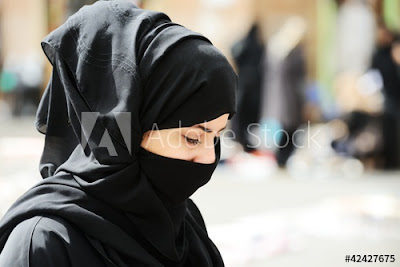 
Marriage is culturally recognized as a union between people, that establishes the rights and obligations between them, their children, and between and their in-laws. The main question arising in this article is that can a 15-year old Muslim girl live with a person of her choice?

According to Section 3 of the Indian Majority Act, 1875, a person domiciled in India who is under the age of eighteen years, is a minor. According to the Special Marriage Act, 1954 and the Prohibition of Child Marriage Act, the legal age of marriage for girls is 18 years and 21 years for boys in India.

In Islam, marriage is a legal contract as well as a social agreement between a man and a woman. the marriage contract is signed in the presence of an Islamic judge, imam, or trusted community elder who is familiar with Islamic law. The process of signing the contract is usually a private affair, involving only the immediate families of the bride and groom. The contract itself is known as ‘nikah’. But can a 15-year old Muslim girl live with a person of her choice?

Under Islamic Law, there are certain conditions which must be upheld for the validity of the contract (i.e. nikah):


In 2018, the Supreme Court’s judgment on the marriage of Hadiya nee Akhila and Shafin Jahan, which recognized attaining puberty as a condition for a valid Muslim marriage, has now resulted in an unintended legal complexity. A 16-year-old Muslim girl has now petitioned the apex court to validate her marriage as she has attained puberty.

CURRENT ISSUE (Can a 15-year old Muslim girl live with a person of her choice?):


The Supreme Court has agreed to examine the plea of a “minor” Muslim girl, who attained puberty and was ordered to stay in a shelter home for women in Uttar Pradesh after her marriage was found to be void by the Allahabad High Court.

The Allahabad High Court had dismissed her plea against the trial court’s order observing that since she was a “minor” her case would be dealt with in accordance with the Juvenile Justice (Care and Protection) Act, 2015 and as she did not want to join her parents, the order sending her to the shelter home was correct.

The girl in her plea in the Supreme Court said that as per Mohammedan Law, once a female attains the age of puberty, that is 15 years, she is independent to make decisions for her life and is competent to marry anyone of her own choice. 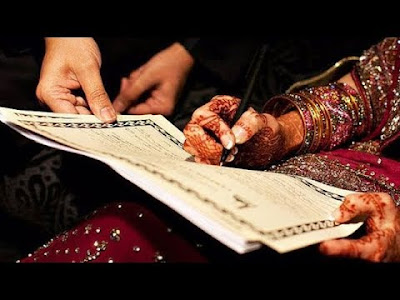 The plea, which said that her right to life and liberty may be protected, contended that she is in love with a man and they performed ‘Nikah’ in accordance with the Mohammadan Law in June this year.

Her father lodged a police complaint alleging that his daughter has been kidnapped by the man and his associates. After this, the girl recorded her statement before a magistrate in which she said that she had married the man out of her free will and wanted to stay with him.

The trial court had directed that she should be sent to the child welfare committee for safe custody and protection until she attains the age of 18.

Referring to an earlier apex court judgment, the plea has said that the girl may be permitted to lead conjugal life with her husband.

The plea said that the “high court ought to have appreciated the statement of the girl made under Section 164 CrPC, wherein the girl has explicitly expressed her desire to stay with her husband and further has explicitly stated that she married out of her free will and none of the family members of her husband has enticed her”.

It said that the girl should be freed from the shelter home during the pendency of the appeal before the top court.

The girl, through her lawyer Dushyant Parashar, has said that the high court failed to appreciate the fact that her ‘nikah’ is in accordance with the Mohammedan Law.

A bench comprising Justices N V Ramana, Indira Banerjee, and Ajay Rastogi has agreed to examine her plea and has issued a notice to the Uttar Pradesh government seeking its response.

Parashar told the Supreme Court after examining the facts of the case on the touchstone of the Shafin Jahan judgment, it would be a valid marriage as both the 16-year-old girl and her 24-year-old husband professed Islam, attained puberty, there were offer and acceptance, giving and taking of ‘Mehr’ and a nikahnama was drawn with the consent of the girl and the boy.

Advocate Dushyant Parashar cited the Shafin Jahan judgment in which the Supreme Court had said that the right to choose a life partner was a constitutionally guaranteed right. He said the girl’s father was interfering with her right to live with her life partner, whom she had chosen after attaining puberty and married through a valid nikahnama. 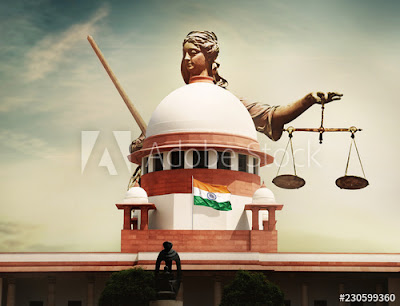 
In India, Muslims are governed by The Muslim Personal Law (Shariat) Application Act, 1937. This law deals with marriage, succession, inheritance and charities among Muslims. The Dissolution of Muslim Marriages Act, 1939 deals with the circumstances in which Muslim women can obtain divorce and rights of Muslim women who have been divorced by their husbands and provide for matters connected therewith.

The case is pending for the given date. The Supreme Court will examine the case to give its judgment.

If we consider Shafin Jahan’s case, then it is most probable that the decision of the Supreme Court will be in favour of the plaintiff.

2 thoughts on “Can a 15-year old Muslim girl live with a person of her choice?”