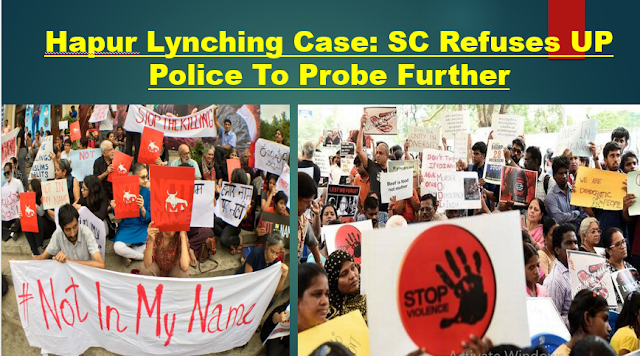 In Hapur, a diabolical incident took place where two Muslim men were thrashed and lynched by a mob who were allegedly cow vigilantes. Qasim and Samiuddin, two men were travelling between the Muslim-majority Madapur and Hindu-Majority Bajheda Khurd   village. The people of his village called the police in time but the mob did not halt and continued the blunder.
Qasim succumbed to his injuries while Samiuddin is still battling for his life in a hospital.
Samiuddin has filed a case in Supreme Court for justice against mob lynching. The villagers supported Samiuddin and his claim for Justice.
The police version was that the mob trashed the two men because the motorcycle hit a youth. This has been challenged in the Supreme Court.
After the events, two petitions were filed in the Supreme Court, one by the survivor Samiuddin and the other by the son of the deceased Qasim. After perusing the records and the seriousness of the allegations and the case, the Supreme Court directed the IG (Meerut) to directly supervise the investigation in the case.
The plea filed by Samiuddin had prayed for setting up a Special Investigation Team for better, impartial and fair investigation and to avoid any laxity in the investigation of the gruesome violence that had taken place. The petitioner states in his petition that both of them were thrashed barbarically by people of neighbour village in the name of cow vigilantism. 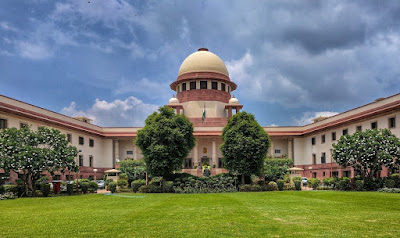 The Supreme Court recently directed the petitioners to approach the trial court and to invite the attention of the trial judge to the new statements under Section 164 CrPC. The court has further given the liberty to the petitioners to file additional documents.
The matter under concern before the Supreme Court was that an additional affidavit was filed by the Superintendent of Police, Hapur District. Para 6 of such affidavit states that the statements of the brothers of the deceased, Saleem and Nadeem, were recorded before the Chief Judicial Magistrate.
Hence, the petitioners prayed for direction to investigating agency to file a supplementary chargesheet. 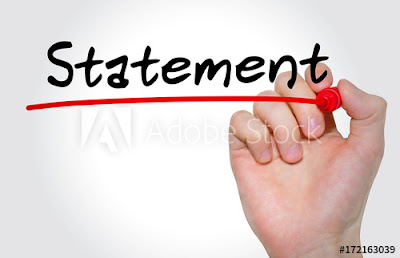 The statements under Criminal Procedure Code can be given at various stages of investigation and trial. Statement under Section 154 and 155 of CrPC is first-hand information provided by the informant. The statement under section 161 of CrPC are statements made to the police for assisting the investigation.
Lynching is an act covered under Section 141 and 149 of the Indian Penal Code 1860 which provides for punishment for committing a crime with a common object as an unlawful assembly. 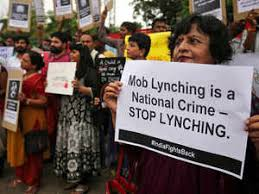 Lynching activities have been happening extensively and have proliferated recently. The government is set to bring an Anti-Lynching Law for the protection of victims from such acts done in the garb of protecting cows.
The Supreme Court, hence, in the case of Tehseen S. Poonawalla v. Union of India and ors., issued certain guidelines while addressing the sensitive issue of lynching. The court referred to a plethora of judgments and concluded that the rule of law must prevail and vigilantism is against the basic principles of rule of law.
The guidelines issued are three-fold. These guidelines are preventive, remedial and punitive measures. The court also recommended the legislature to make lynching a separate offence and make a law for punishing the same. This law shall provide a deterrent effect on the people committing such communal crimes creating instability and chaos in the society.
ALSO READ Srilankan Blast And Its Legal Implications

One thought on “Hapur Lynching Case: SC Refuses UP Police To Probe Further”