MARRIED COUPLE CANNOT BE DEPRIVED OF LIFE AND LIBERTY 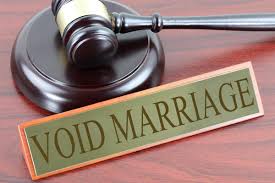 
The Punjab and Haryana High Court has decided that Married Couple even if it is case of invalid or void marriage cannot be deprived of the fundamental right of seeking protection of Life and Liberty.

As per the Hindu Marriage Act, 1995, one of the essential conditions of marriage is that the bridegroom needs to be above 21 years and the bride needs to be 18 years or above of age. Petitioners state that their marriage was accepted by family of petitioner No. 2 happily. They also informed the parents of petitioner No. 1 about their marriage telephonically and requested them to accept the marriage, on which respondents No. 4 to 7 got angry. The couple approached the High Court alleging that the parents of the girl threatened them that they will not allow them to live as husband and wife and on finding an occasion they will kill both of them. Parents of petitioner No. 1 also threatened the petitioners to involve them in some false criminal case.
READ ALSO : PLEA FOR SOCIAL MEDIA- AADHAAR LINKING REJECTED

The Punjab and Haryana High Court on October 4, 2019, in the case of Navpreet Kaur and  another v. State of Punjab and others has observed that regardless of solemnization of an invalid or void marriage or even the absence of any marriage between the parties, the married couple is entitled o seek protection of their life and liberty under Article 21 of the Constitution of India. The said observation was made by single judge bench of Justice Arun Monga while hearing a petition filed by the petitioners seeking police protection.


Married Couple cannot be denied from seeking protection of Life and Liberty merely because marriage is void or invalid. Constitutional Fundamental Right under Article 21of Constitution of India stands on a much higher pedestal. Being sacrosanct under the Constitutional Scheme it must be protected, regardless of the solemnization of an invalid or void marriage or even the absence of any marriage between the parties. It the bounden duty of the State as per the Constitutional obligations casted upon it to protect the life and liberty of every citizen. Right to human life is to be treated on a much higher pedestal, regardless of a citizen being minor or a major.

A Complainant Cannot Be Put To Prejudice For Faults In Adjudication By Consumer Protection Fora: NCDRC