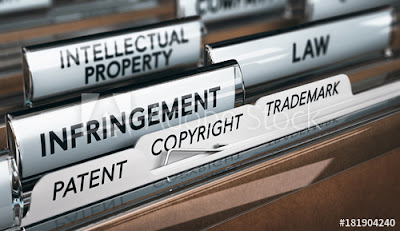 
There was a move which could help lung cancer drug move affordable as well as easily available, the Delhi government has shelved the proxy relief granted to the Novartis, holding back the manufacturing and sale of the generic version of cancer drug ‘ceritinib’ which was launched by Nacto Farma. The injunction order in may was found to be not maintainable on the basis that the patent granted to the Novartis was revoked on August 16.

The suit was first listed on 2nd May 2019. While granting an interim order on 2nd May 2019, the post-grant opposition was directed by the court, where the orders were reserved would be decided on the next hearing by the patent office.

The Court has heard both sides on the grant of ad-interim relief. It is the admitted position that the post-grant opposition is a pending decision left by the patent office and the question arises as to whether the patent should be maintained or will be decided therein. Thus, in so far as the bona fides of the patent itself is concerned, the court stated that it would not like to make any observation at this stage, so as to ensure that the post-grant opposition is decided without being affected by any of the observation which may be made by the court.

The actual commercial launch has done only by march 20th 2019. Thus, during this period the post-grant opposition has yet to come, the Defendant has started to commercially launch the product. While the Supreme Court in Aloys Wobben (supra) held that the rights would emerge once the post-grant opposition is decided, the launch of an allegedly infringing product, prior to the decision opposing the entity of the patent by the opposition, and did not arise in the facts of the following case. Section 48 of the Patents Act grants rights in favour of a patentee, which are not affected during the pendency of a post-grant opposition. Thus the court said that there will be no infringement action maintainable for unregistered patent.

The court also held that there can be no claim for the infringement as the patent has been revoked in post-grant proceedings. In the following case, Novartis, AG has filed a petition seeking a permanent injunction, damages, rendition of accounts in respect of its accord patent as very a title named “Novel Pyrimidine Compounds and Compositions as protein, Kinase Inhibitors”, and with the patent number 276026. And it argued that this drug has meant for the treatment of the known small cancer cells.

After the post-grant opposition was filed and the Opposition Board had made its recommendations. The drug license for Natco Pharma’s product, which is marketed under the mark NOXALK (Ceritinib) was accord to the Defendant in the month of January 2019.

Seeing that the drug is for treating non-small cell lung cancer (NSCLC), stopping the sale of the Defendant’s products which are already produced would not benefit the patient community in any manner. Thus, the drugs already produced by the Defendant under the mark NOXALK (Ceritinib) concede to be sold during the pendency of the hearing in the application under Order 39 Rule 1 and 2 CPC and till further orders given by the court. However, Natco Pharma has been well known of the fact that the patent stood granted and also the fact that the post-grant opposition was pending arbitration, was that they are not allowed to launch the product while the decision is still pending in the court of the patent office.

In the  order passed on  August 20, accessed by the Times of India ,Justice Pratibha  M Singh said, “Considering the statement development ,i.e., the passing of the order prevents  the defendant from bringing off any fresh manufacturing of pharmaceutical preparations comprising the AIP ‘Ceritinib’, as the order  dating may 2 , 2019, stands suspended ”.

ALSO READ: Patient With 92% Burn Injuries Can Give Dying Declaration 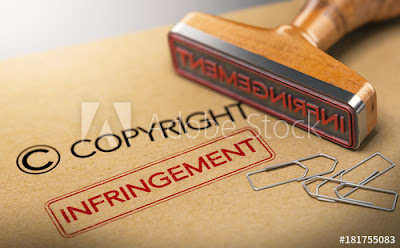 
The infringement action is not maintainable in respect to an unregistered or revoked patent is further clear from section 62 (2) and section 11 A (7) of the Patent Act, 1970. “Even if a patent is not renewed, no infringement action would lie. Similarly, once the patent is accord, though damages can be sought with effect from the date of publication. Thus, the continuation of an injunction even for a day would not be permissible once the patent is revoked,” it adds. Scrutiny of august 16 ordered passed by the patent controller shows that patent lacks novelty, and has thereafter been revoked. Once a patent is revoked, a suit for infringement of the patent itself would not be maintainable, it elaborates.

However, the plaintiffs are accord liberty to see appropriate orders if any orders passed by IPAB in the favour of the plaintiffs in the appeal preferred by them.