Ranchi women ordered to distribute Quran as a condition for bail 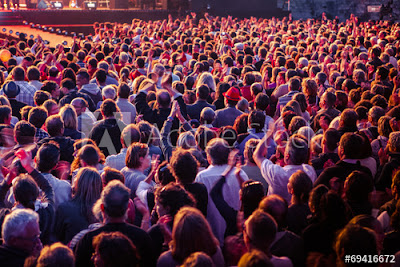 
Mob lynching is a situation to punish a person or kill a person without legal process or authority, especially by hanging, for a perceived offence or as an act of bigotry. Herein a group of people attacks someone without any legal process for any of their bad attitude or behaviour.


Tabrez Ansari belonged to Kadmadih village (in Adityapur block, near Jamshedpur, in Bharatiya Janata Party-ruled Jharkhand). He was caught by a mob in a nearby village, Dhatkidih, on the night of 17th June 2019. This is a village of 135 houses (626 persons) as per census 2011. On that night, Tabrez was tied to an electric pole on the street and beaten mercilessly, and coerced into confessing that he was attempting to steal a bike, all video-recorded spectacularly. As per reports, the bike in question was without a registration number. Tabrez is said to be the 18th victim of such lynching in Jharkhand in recent years. The 11 people of Dhatkidih arrested by the Saraikela police, and accused of lynching Tabrez, include a man called Pappu Mandal. Moreover, he was also forced to chant Jai Shree Ram and Jai Hanuman. The police had taken him into custody and produced him in a court that sent him to judicial remand. 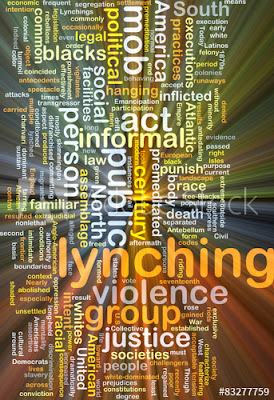 The local and national media have hardly reported much about the personal details, educational-economic profiles, political affiliations, etc, of the accused, whereas sections of local Hindi dailies, particularly Dainik Jagran, have published details about the village, and telling its readers that Kadmadih, a Muslim dominated village, is infamous for thefts and that the police have often recovered stolen items from the village.

Generally, the local sub-regional editions of Hindi dailies are very particular about reporting on theft, as such reports are quite popular among semi-literate news consumers.

Yet, the videographer incident remained unreported in these Hindi dailies on the following day and was reported only after Tabrez’s death. As per reports, until Tabrez was in police custody, the collusion between the local police and alleged offenders like Pappu Mandal was too evident.

Thus, besides the criminal justice procedures and the role of the police, there is a pressing need to examine the role of these kinds of local vernacular media. For about four days, the grievously, in fact fatally, injured Tabrez was in police custody and jail.  He died on 22nd June 2019. Yet, the civil society committed to providing legal aid to lynch victims remained uninformed, because of which no intervention could take place.

Such an intervention could have ensured proper medical care to the unfortunate victims. This case was also discussed in the United Nations General meeting laying immense importance to the communal conflicts. After all this a PIL was filed by one Pankaj Yadav demanding a high-level inquiry into the incident, the division bench of Justices HC Mishra and Deepak Roshan asked the state government to submit an action taken the report on July 17. The Jharkhand High Court has sought a report from the state government on the Tabrez Ansari lynching case and the subsequent mob violence. 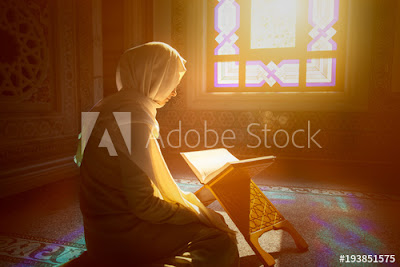 CURRENT ISSUE(Ranchi women ordered to distribute Quran as a condition for bail):


In the current issue, Richa Bharti, a final year student of B.Com of Ranchi Women’s College was arrested over some offensive facebook posts which were objectionable and against the Muslim community which hurt the religious sentiments…  She was reportedly pulled up for a Facebook post on Tabrez Ansari, a Muslim youth who succumbed to his injuries after being attacked by a mob in Jharkhand last month.

After this, a complaint was filed by Mansur Khalifa of the Sadar Anjuman Committee at the Pithoriya police station near Ranchi, claiming that it could affect the harmony of co-existing communities.

The Ranchi court granted bail to Richa Bharti, but Judicial Magistrate of the area Manish Singh ordered that this could be done on the condition that she buy and distribute five copies of the Quran—the Islamic holy text—in the presence of police authorities. She was asked to hand over one of these copies to Khalifa, the main complainant, and distribute the others in schools and colleges. The court has even asked her to submit receipts of these books within 15 days, as well as pay sureties of Rs 7,000. Ranchi women ordered to distribute Quran as a condition for bail. 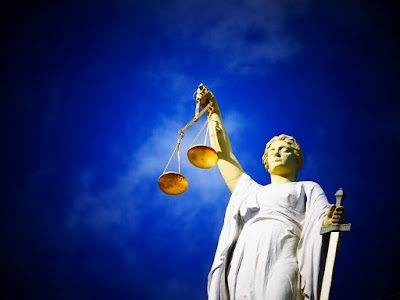 
In support of the accused, the Hindu groups across the country, came up with many feeling like this judgment was unfair and unnecessary. Now, she has decided to move the High Court and is refusing to do as directed. While many are hailing her as the Rosa Parks of India for her stubborn refusal to distribute copies of the Quran, as directed by the Judicial Magistrate.

She stated in one of her interviews the same should be done with Faizu, a Tiktok star, who made a video in response to Tabrez Ansari lynching, filming that if the son of Tabrez Ansari becomes a terrorist, no one should blame Islam for that. Bharti also refused to do as directed because according to her, Muslims are never asked to distribute Hindu texts like the Ramayana or Mahabharata or recite the Hanuman Chalisa. She is now also worried that if the court asks her to convert her religion to Islam. She also made xenophobic comments like, “Why do only Muslims want to become terrorists? Why don’t Kashmiri Pandits feel the need for revenge? Why don’t they feel like becoming terrorists?”

ALSO READ: WHAT DOES RIGHT TO EDUCATION CONSTITUTES?-EXPLAINS MADRAS HC