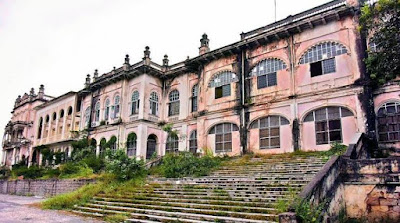 
Irrum manzil, is a heritage building of 150 room, at the top of a hillocks known as “Red hill” in Hyderabad. the building was designed by Nawab safdar jung musheer-ud daula fakhrul mulk in 1870. Under the Regulation 13 of the Bhagyanagar urban development zoning regulation 1981, the Irrum manzil was declared as a,” protected heritage bulding”.

Regulation 13 restricted the demolition of heritage buildings without the permission of vice chairman, of Hyderabad urban development authority (HUDA).

In 2008, during the metropolitaization of Hyderabad, HUDA was abolished and Hyderabad metropolitan development authority (HMDA) act was established. In 2010, HMDA adopted the zoning regulation under which the Irrum Manzil falled within the limits of “special reservation zone”, due to which the government deleted the regulation 13, which was a part of the zoning regulation, stating that it was inconsistence and ultra virus of urban areas act 1975. The government then assumed that there was no law for safeguarding such, “historical monuments” and the government too wanted to construct a new legislative complex for the new state of Telangana by demolishing Irrum manzil. 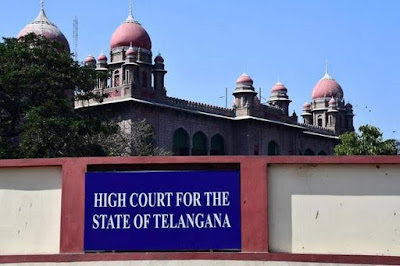 
The petitioner through advocate P Niroop Reddy argued that firstly, the government is violating the article 51 of the Indian constitution which states to safeguard public property and to adjure violence and the world heritage convection of 1972,which stated that it’s the duty of the state to protect and conserve the cultural and natural heritage situated in its territory. Secondly, the impugned act brought confusion in the laws dealing with heritage building or historical monuments. Moreover, the impugned act neither repealed the urban area act nor the regulation 13 of the zoning regulation 1981 thus creating confusion as to which would be binding upon the government.

To the, on behalf of the state, additional advocate general J Ramchandra Rao stated that the state is competent to enact the impugned act dealing with historical monuments or historical building under article 246(3) of the constitution read with entry 12, list 2 of seventh schedule of the constitution. He also stated that neither there is any violation of part 3 that is fundamental right of any individual nor the legislative could have enacted the law as the act was absorbed.

Moreover it was observed that


Hence according to the state, the petition was unjustified.

ALSO READ: ‘Any Property’ does not include ‘Immovable Property’- SC 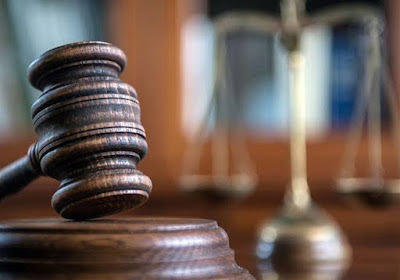 
The divisional bench of chief justice Raghvendra Singh Chauhan and justice dr. Shameem Akther observed that the presumption of of constitutional validity and the burden of proof rest on the party who the law to be unconstitutional in which the petitioner failed to do so. The bench also stated that the validity of could only be challenged upon the grounds as stated by the state. Moreover, the regulation 13 was a well-settled principle and it is not extinguished from zoning regulation 2010 as it was legislation by reference. Lastly the court held that the act would applicable as a merely because of a law unclear, it won’t make a law unconstitutional and in WP(PIL) Nos 79 and 89 of 2019 the court has already held that the decision of council of minister to demolish Irrum manzil is indeed arbitrary and should set aside the same. Hence, The Constitutional validity of Telangana Heritage Act, 2017 upheld.